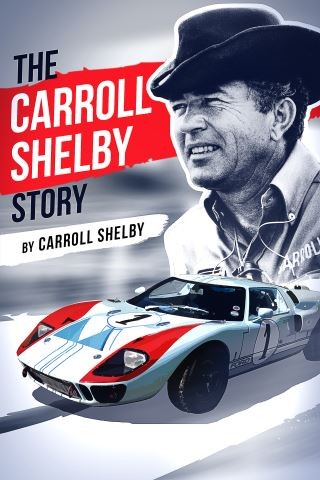 Hear from racing legend, Carroll Shelby, in his own words in his exciting memoir. Carroll Shelby wasn’t born to run. He was born to race—some of the fastest cars ever to tear up a speedway. The exciting new feature film Ford v Ferrari--starring Matt Damon as Shelby and Christian Bale as fellow racer Ken Miles--immortalizes the small-town Texas boy who won the notorious Le Mans 24-hour endurance challenge, and changed the face of auto racing with the Shelby Cobra. But there’s much more to his high-velocity, history-making story. A wizard behind the wheel, he was also a visionary designer of speed machines that ruled the racetrack and the road. While his GT40s racked up victories in the world’s most prestigious professional racing showdowns, his masterpiece, the Ford Cobra, gave Europe’s formidable Ferrari an American--style run for its money. If you’ve got a need for speed, strap in next to the man who put his foot down on the pedal, kept his eyes on the prize, and never looked back.